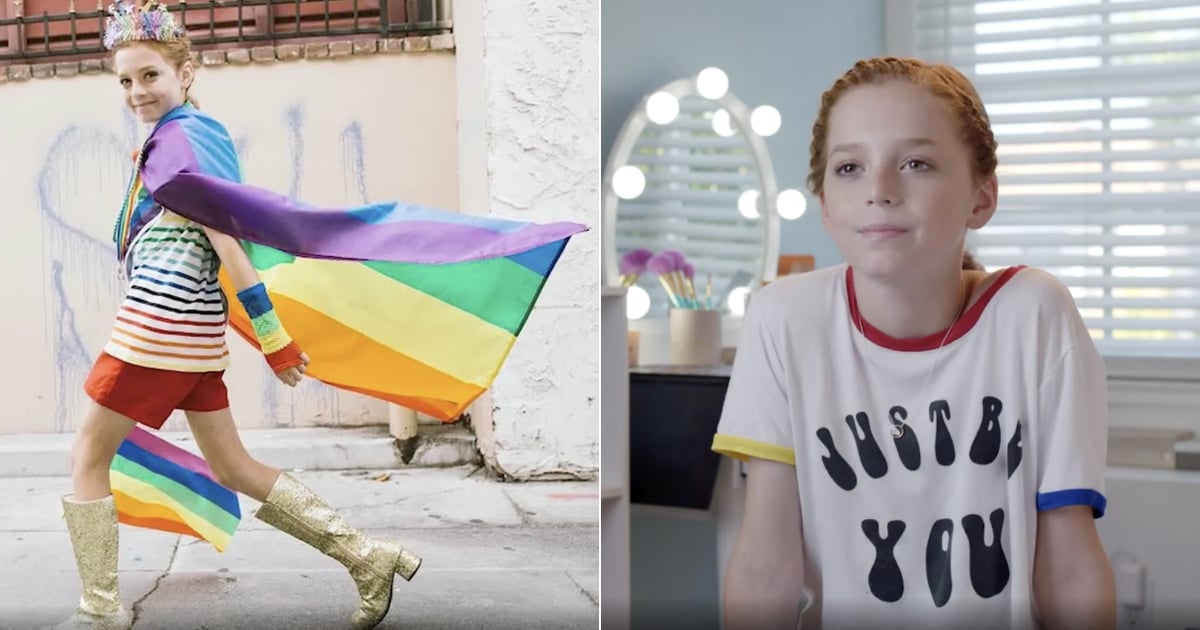 Twelve-year-old CJ Duron is inspiring kids and adults to embrace their identities and is proving that “haters are not worth the time” through his work with AOL and Verizon. The two companies named CJ a “lead Gen Z change maker who’s reshaping the future for every generation to follow” for what he’s doing to support and advocate for the LGBTQ+ community.

In a video from In The Know Creative, CJ and his parents, Lori and Matt, discuss what it’s been like for CJ growing up gender-creative. “CJ’s gender identity is male, his gender expression is female, so that makes him gender nonconforming,” Lori says. Matt adds, “He likes being a boy, he is happy with his boy body, but he always says, ‘I like being a boy, I just like girl things.'”

CJ’s gender-creativity was apparent to his mom and dad from a young age, and they’ve been creating a safe, loving environment for CJ in their home ever since. However, Matt notes, there’s only so much any parent can do to protect and defend their child once they’re off in the world. “When I was in the fifth grade, I had a group of friends that turned on me. [They were] talking behind my back and then [gave me the] cold shoulder, and then they just started bullying me,” CJ says in the video. Lori adds: “At one point he was crying, he was at school, and he said, ‘I’m just not going to come to school tomorrow,’ and one of the girls said: ‘Good, no one would notice if you were gone. If you were gone forever no one would notice, it wouldn’t matter.’ So that was a really hard day.”

“He really has come out stronger and we are really proud of him.”

Lori and Matt took CJ to Orange County Pride after the bullying incident, where he had one of his best days, until a few weeks later, his Pride photos were bullied online. But OC Pride wanted to raise CJ up after haters attempted to tear him down — they asked him to be the next Pride Grand Marshal, and he’s the youngest person to ever fill the role. Matt said of CJ being bullied, “He really has come out stronger and we are really proud of him.”

CJ is an incredibly inspiring person who is sure to do amazing things — for starters, he changed the dress code in his school district to be one code for all students, rather than one for boys and one for girls, and 26 other schools followed suit. But he also credits having a loving family as something that’s kept him going.

“I’ve always had a supportive family that always had my back no matter what,” CJ says. “It always just makes me happy because I know that some LGBTQ people don’t have that, and I wish everyone had parents like I do.” He added, of advocating for the LGBTQ+ community, “Knowing that I can make a difference just feels really good . . . that’s why I think it’s just so important to give back to the community.”

Lori says at the end of the video, “I have a lot of hope when I see CJ and his generation, and how accepting they are,” and we couldn’t agree more. Watch the entire video above to learn more about CJ.