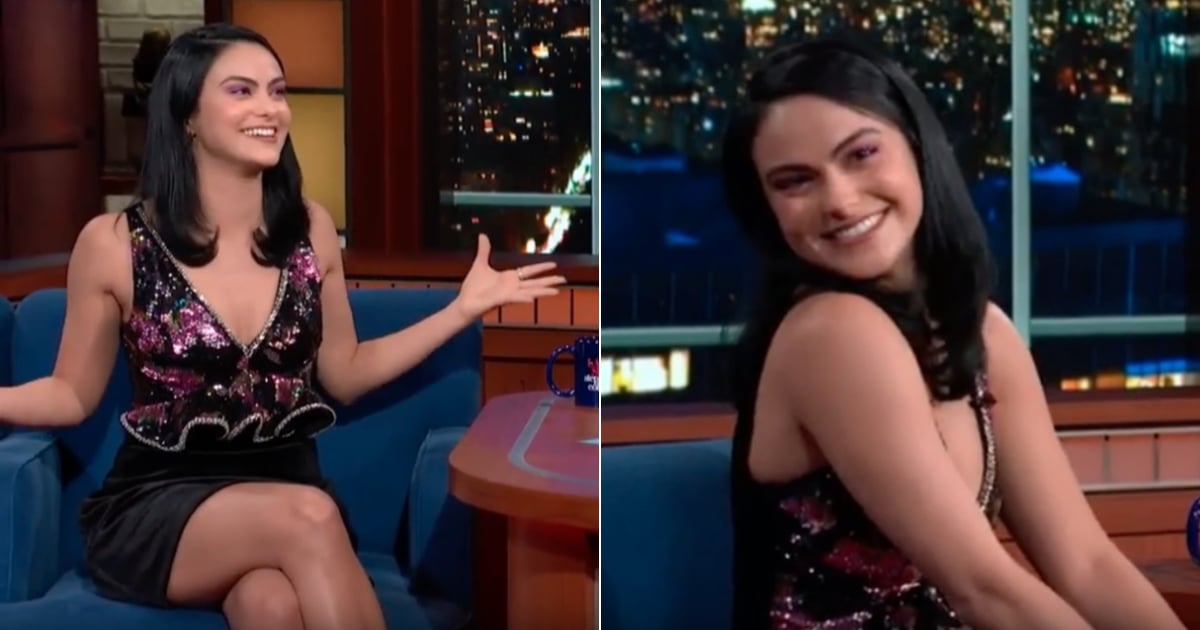 Even Camila Mendes needs a little glow up from time to time. Or so a casting director told her when she auditioned for her role as Veronica Lodge in The CW’s hit show Riverdale. In an interview on The Late Show With Links”>Stephen Colbert on Tuesday night, Mendes opened up about her Riverdale audition process that, in hindsight, is oddly funny.

She says her first audition for the show was a bit of a disaster. “I got there 30 minutes late, my hair was frizzy, it was raining that day,” she said. “And um, I remember the casting director telling me, she’s like, ‘you’re a little matte right now — at CW, we’re glossy. Glossy lips, cheeks are glowing.'” Mendes then jokes that she took the weekend to prepare before roping a friend into doing her makeup and asking her to glow face her up to look like she’d just come freshly out of the womb for her second audition with producers. Needless to say, apparently the added gloss worked.

Watch the full interview above to find out more about Mendes’s audition process, what it’s like to film the show in Vancouver, and that time she rode in a helicopter with a frisky bulldog.

The Trailer For I See You Is Haunting, Disturbing, and Basically Horror at Its Creepiest